World football's greatest competition on earth, the FIFA World Cup 2022 gears up to surprise footballing fans around the world once again as it steps into the Middle-East this time. With 32 teams, over a million fans, and eight world-class venues all set for a month-long footballing carnival, perhaps there's all the more reason this time around to look forward to the competition.

In fact, FIFA has officially released the FIFA World Cup 2022 match schedule earlier this year. So, to add to the anticipation around the upcoming FIFA event, we have brought you a round-up of the top teams set to battle it out in Qatar to be the world champions in 2022.

Here's our take on the top five teams that will be challenging for the crown during the FIFA 2022 in Qatar.

World champions last time around in Russia, France would be going into the FIFA World Cup as pure favorites to lift the title the second time in a row. Boasting of a strong line-up, Les Bleus are 7/1 favorites to win the grand title again, and there's every reason to believe so.

With veterans like the young Kylian Mbappe, Antoine Griezmann, and Paul Pogba still in the squad, the team looks destined to pose a strong challenge as the world cup kicks off in Qatar. In fact, Les Bleus now has a number of young talented players to call up to that only make the team look more formidable.

Hence, it will be interesting to see how the French side comes into the World Cup in Qatar and the kind of challenge it throws to the other teams. As for now, Les Bleus stand as top favorites for the title.

Players to Watch Out For -

Suggested Read: Restaurants in Doha: Your Handy Guide To The Best Places For World Cuisines

A team that would be buzzing with its 2019 Copa America triumph, Brazil too has a formidable-looking line-up this time around. The five-time world champions come into the world cup with a decent record and will be amongst the top contenders to win the FIFA World Cup 2022 alongside France. The odds for Brazil winning the competition are 11/2 and the side would be looking to challenge seriously for the title.

Having said that, this is a team that is going through a transition in defence and it would be interesting to see how the new boys fit in. With some latest young promising additions into their ranks like Vinicius Jr, Gabriel Martinelli and Richarlison, the team may well be a force coming into the competition if the defence fairs well.

A side that last won the FIFA World Cup in 2010, Spain will come into the competition with high hopes this time around. The side had an embarrassing exit last time around in Russia when they hobbled all the way to the round of 16 tie only to get knocked out at the hands of host nation Russia.

However, the Qatar World Cup will bring opportunity for the side that has been playing some decent football lately. With the odds of winning the competition at 8/1, and the likes of Sergio Ramos, Nacho, Diego Costa, Adama Traore into their ranks, the side will come to the world cup as favorites alongside France and Brazil to win the world cup.

A side that won the FIFA World Cup in 2014, Germany really struggled to get going in Russia as the side were knocked out of the competition in the group stage itself. The worst part? Germany was knocked out while being bottom of the group. Hence, the upcoming world cup would be a great chance to set the marker right as the side would not want to repeat the same scenario as in Russia last time out.

Having said that, the odds of Germany winning the world cup are at 8/1 as the side continues to prepare for the event. However, it is important that the side has struggled to get results lately in the UEFA Nations League and would require a significant improvement if it is to challenge for the crown.

Suggested Read: Where To Stay In Doha On Your Next Vacation In Qatar?

The 2018 World Cup was much of a joyride of Belgium as the Red Devils went on to grab a third-place finish in the competition. Boasting of stars in their ranks, Belgium has a formidable-looking line-up that can beat any side of their day. Today, the side is ranked number one in the latest FIFA rankings and would be roaring to go again in Qatar once the FIFA World Cup 2022 kicks-off.

However, having said that, the upcoming world cup may well be the last one for Eden Hazard, the talisman, who will be turning 33 by the time the world cup kicks-off in the winter of 2022. Likewise, Kevin De Bruyne will be turning 31 by that time. Hence, the Red Devils will have their task cut out in this upcoming campaign. As for their chances of winning the world cup, Belgium will come into the competition as outside contenders.

Suggested Read: A Take on the Top Contenders to Win the FIFA World Cup 2022

So, we know about the top five teams that are set to challenge for the title in Qatar. Let's wrap up the article with some quick points that make the upcoming FIFA World Cup 2022 a tournament to remember.

The upcoming FIFA event in Qatar will be the first-ever winter world cup to take place in the Northern Hemisphere. Originally, the world cup takes place during June and July in the Southern Hemisphere as that is the time when the region experiences winter conditions.

However, the world cup is set to take place in the Middle-East this time around owing to the summer temperatures in Qatar that can be unfavorable for any type of outdoor sporting event to take place, the decision to move the 2022 FIFA games to winter has, thus, been taken by FIFA.

Suggested Read: Question Marks in Front of Qatar Ahead of FIFA 2022

That's right, Qatar is officially the smallest ever country to host the world cup. It is an estimated 1478 times smaller than the size of Russia who hosted the 2018 world cup. But here's a thing, since the country is smaller in size, commuting from one venue to the other wouldn't be a hassle for the visitors, and here's why.

Record Number Of Qatar Flights Per Day For A Month

The Qatar World Cup will be the first-ever world cup to receive an estimated 1.2-1.5 million visitors. If these numbers do turn out to be true, the country will have an estimated twice the number of visitors as there were in Brazil during the previously held world cup.

Besides, in order to counter the issue of any type of rush during the competition, the Hamad International Airport and Qatar Airways will join hands to bring in an estimated 1300 flights into the country on a daily basis for the whole month. This will allow visitors to book a flight to Qatar without facing any cancellations or last moment rushes.

The FIFA World Cup in Qatar will be played in the fewest venues ever with only eight being lined up for the whole competition. Although there were reports initially that suggested the competition may have 12 venues. However, eight is the final number.

In fact, each stadium has been designed with world-class interior and will have an air-conditioning facility owing to the day temperatures in Qatar which is again something we're going to see for the first time.

Suggested Read: Top Places To Visit In Qatar On Your Next Trip

Most Expensive World Cup Ever

The world cup in Qatar will, indeed, be the most expensive world cup ever held in history. The host nation is spending a whopping $200 billion USD on infrastructural projects ahead of the competition which includes the building of seven new stadiums, refurbishment of one stadium, construction of road and highways, setting up of street lights, the building of hotels, and so on.

Suggested Read:  Things Worth Noting Before Traveling To Qatar For The FIFA 2022

That's right, the upcoming FIFA event in Qatar will be first-ever in the Middle-East. This will not only bring huge business opportunities for the Arab nations, especially Qatar but would also help bridge the cultural gap between the Middle-Eastern and European nations all-together.

As the FIFA World Cup edges ever closer and anticipation amongst the fans continues to build, teams that favorites to win the competition would be roaring to go. In a country where hospitality is the name of the game, not only the teams would enjoy playing in new conditions but even the fans would be treated with the generous Arabian hospitality of Qatar. So, if you're a footballing fan teeing up to cheer your favorite side in the world cup, this is the world cup you can't possibly afford to miss.

Messi will undoubtedly be part of Argentina's world cup squad in Qatar. In fact, this may well be Messi's last chance to win a trophy for his country.

The FIFA World Cup 2022 has already been moved from its usual slot of June and July to November and December in 2022 owing to the extreme weather conditions during summers in Qatar that make it virtually impossible to have any kind of outdoor sporting event in the country.

The 2022 World Cup in Qatar will kick-off on the 21st of November and will end with the final scheduled on the 18th of December, just a week before Christmas.

Yes, Qatar is, in fact, hosting the first-ever FIFA World Cup of the Middle-East having won the bid to host the event. In fact, FIFA has officially released the match schedule for the upcoming event in 2022. 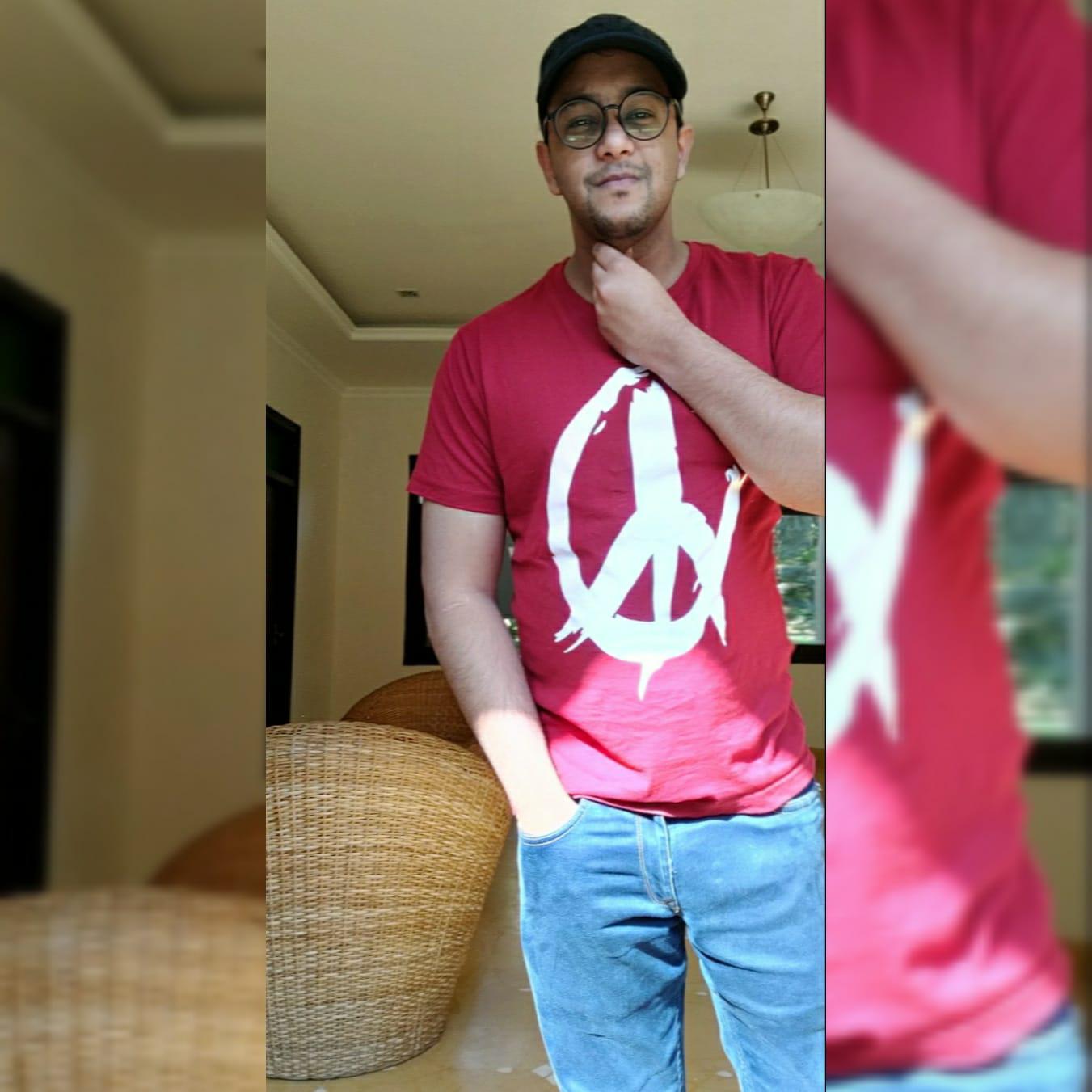 Driven by his keen impulse for globe-trot, Rajat is a buoyant writer, blogger, and traveler who breathes an airy passion to escape to a distant wild and live to share the tale with the world. 8 Places to Visit in Azerbaijan: Dive in the Grandeur of Russia